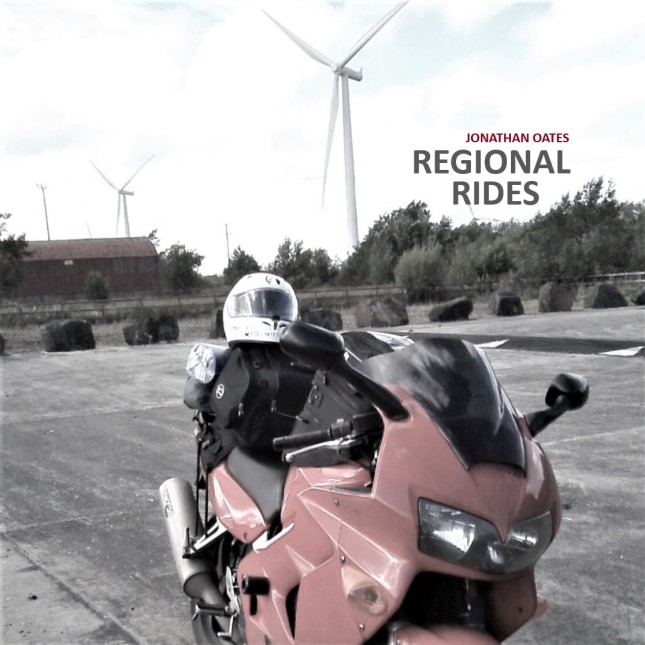 The final episode of a new podcast series, Regional Rides, has now been released. The full thirteen part work is now accessible in browser at www.jonathanoates.net, on SoundCloud, and on Apple Podcasts/iTunes. It is offered on a Pay as you Feel basis.

The series is the first of the major outputs of a project in which UK born, and based, writer and presenter, Jonathan Oates, develops a personal view on the big questions of our time – where are we, where do we need to get to (and why), and how to get there.

His investigation has included both desk research, referencing a core selection of book form and other source materials, and fieldwork, including, in particular, a 36-day, nearly 2,500 mile, motorcycle road trip around the twelve regions of the UK in the British Isles, in the autumn of 2017.

The fieldwork yielded illustrative material including a photographic archive, and a collection of audio files comprising voice memos and 40 or so conversations with people of all kinds – experts, activists, and others – some arranged, and some spontaneous.

The title of the series is a nod to William Cobbett’s Rural Rides. Cobbett traversed Britain in the early C19 on horseback, documenting what he saw so as to provide support to his arguments against the injustices of his time.

Bar the last in the series, each episode conveys the progress made through a region, typically featuring three rounds of conversation with those encountered en-route. Each episode lasts approx 45 minutes. In the last, Programme 13, which is somewhat shorter, the presenter gives his view of matters as at the end of May 2019.

Regional Rides was produced using a smartphone, a digital HandyRecorder, and the open source audio editing software, Audacity, on a PC.

The project has been self-funded.

More information is available at www.jonathanoates.net and by contacting Jonathan Oates.

Access to content is free. If you think it is of merit, I would be grateful for your support.